«Wear something that is not harmful to your health» 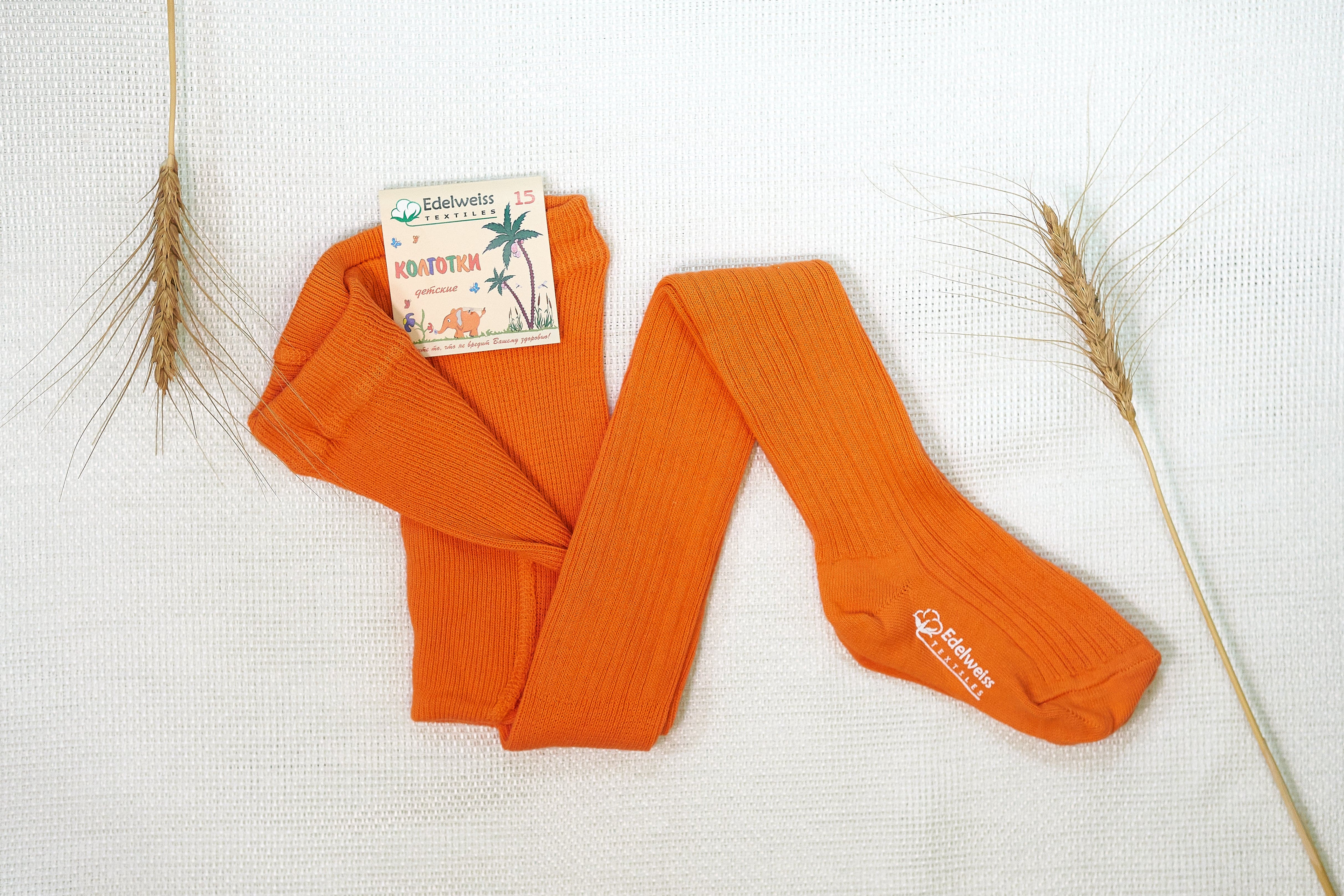 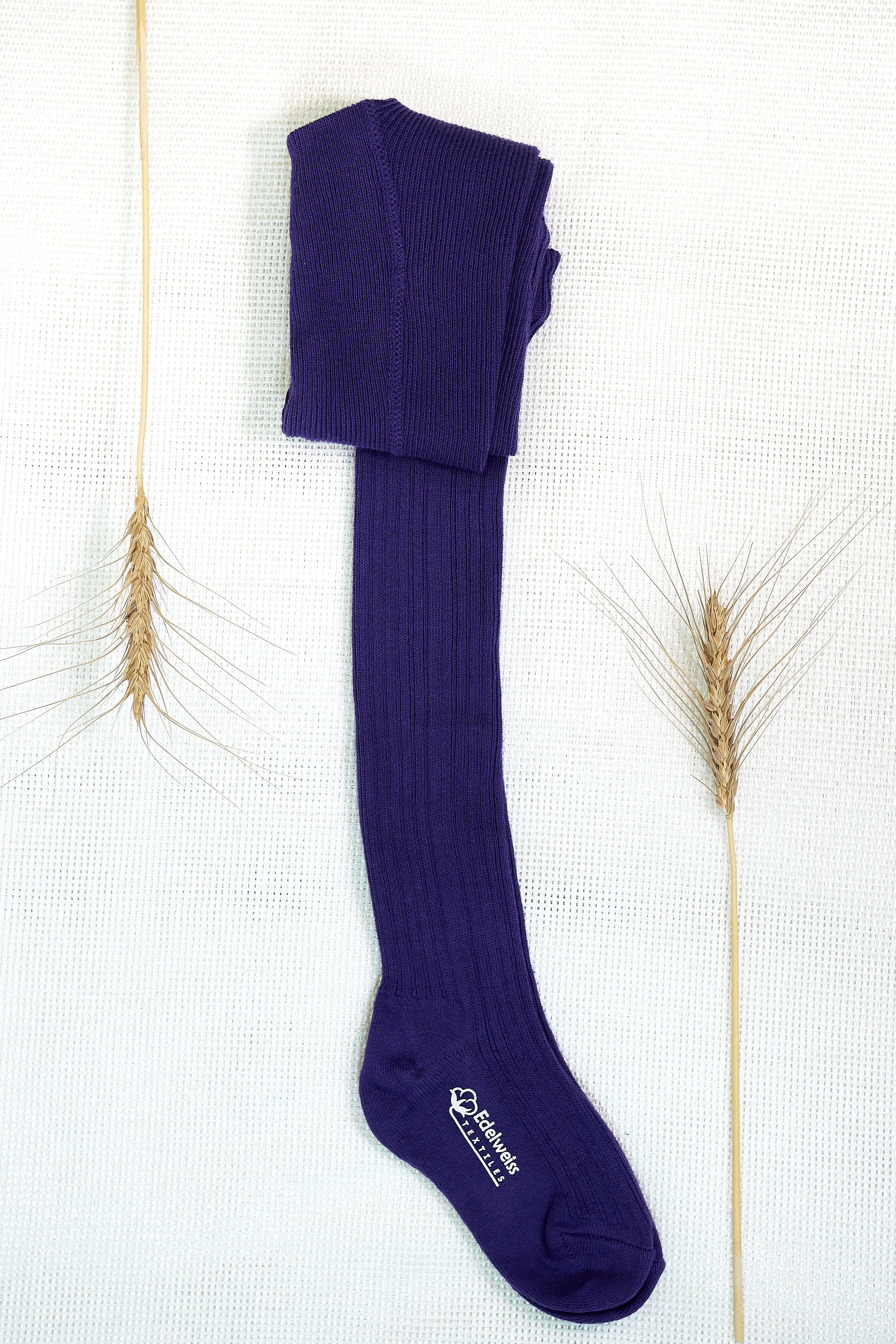 Our production has been known to the consumer for 70 years already as a production of 100% quality manufacture in accordance with all requirements of State Standard of the Kyrgyz Republic and Russian Federation. Nowadays, we’re given confidence of million of consumers all over the CIS and near and far abroad countries, as Edelweiss Textile has a long experience of manufacturing of practical, qualitative and prettiest legwear garment, and it uses only natural, pollution-free and nonhazardous materials under manufacturing of its production, which provide comfort and perfect appearance of our goods. A wide assortment of socks, stockings, leggings, knee-length socks for children and adults shall satisfy even the most demanding consumers.Edelweiss Textile Trade Name is registered since 2009 by Edelweiss JSC, one of the oldest Kyrgyz manufacturers of legwear garment. Nowadays, as well as many years ago, Edelweiss Textile manufactures goods, conforming to requirements of the State Standard. From year to year, more and more consumers prefer just the production of our trade mark. The assortment of Edelweiss Textile includes 75 product range among which is the great diversity of products both for children and adults. The credo of our factory is Wear garment that is not interfere with your health!All production is manufactured at production site of Com-Edelweiss-KJ LLC in Bishkek. It is total area is of 3,000 sq.m.

Our factory is equipped with the following modern industrial equipment:

This gives us the opportunity to produce classic and exclusive models. full size series and colors for wholesale. The main raw material for the production of our hosiery products is 100% cotton yarn and wool yarn: these materials provide high strength and heat resistance of products. polyester additives, such as lycra and nylon, provide products with increased abrasion resistance and elasticity. The production process is under careful multi-stage control quality: from the receipt of raw materials to the enterprise to the release of finished products. Technological control of production is carried out by qualified and experienced employees enterprises, which guarantees the quality of each finished product unit. To the packing shop not a single product even with the slightest defect In 1941, with the beginning of the Great Patriotic War from Ukraine, Kharkov in Kyrgyzstan was Kharkov hosiery factory was evacuated. In 1946, the Alamedin factory was put into operation, and the production of the first planned hosiery products. The production process was already attended by local residents trained by Kharkiv specialists. Since the 1950s, the organizers of production at the Alamedin factory have been specialists who came to Kyrgyzstan from Russian universities; it was a new stage in the development of the enterprise. Product range became wider and more varied. Products became more and more popular in the vastness of the USSR. From 1950 to 1988 the factory's products were exported to 60 countries of the world: to all union republics, as well as far-abroad countries - the Czech Republic, Bulgaria, Hungary, Vietnam, China, Mongolia, Bangladesh, Cambodia, India, Philippines, Brazil, Cuba, Chile.

Over the years, the Alamedin hosiery factory has been modernized with new types production equipment, new automated technologies were introduced; this affected the quality and quantity manufactured products. Already in the Soviet years, the products of the Alamedin factory were in demand for outside of Kyrgyzstan. In 1990, the Alamedin hosiery factory became the only factory in Kyrgyzstan equipped with modern production lines of equipment. This period was also marked by that the factory was given its new and now well-known name - "Edelweiss". The management has chosen a course for the modernization of the entire production in order to meet all the requirements and consumer needs. In 1993, a gold medal of quality was received at an exhibition organized in Paris "For high product quality” JSC “Edelweiss”. By 1999, due to the financial crisis in the country, JSC "Edelweiss" became insolvent enterprise: this led to a reduction in jobs and the liquidation of Edelweiss JSC.

In 2003, the cooperative "Edelweiss" was formed by the efforts of investors. Production hosiery products have resumed operations. In 2006, with the increase in consumer demand for hosiery, the decision of the general meeting, the Edelweiss cooperative was renamed into Kom-Edelweiss-KZh LLC. Chosen course to create brand, competitive range and stable quality. Since May 2009, the company's products have been produced under the trademark "Edelweiss Textiles" (Edelweiss Textile). Thanks to the right production strategy, the trademark "Edelweiss Textiles" is today one of the most sought after manufacturers of hosiery in the territory CIS and foreign countries. LLC "Kom-Edelweiss-KZh" is a member of the International Association of Subject Numbering GS1 Kyrgyzstan, a member of the Association of Light Industry Enterprises of the Kyrgyz Republic and a member Chamber of Commerce and Industry of the Kyrgyz Republic. "Edelweiss Textiles" fulfills individual orders for the production of hosiery with image of the logo, drawings and packaging of the customer. The minimum batch of an individual order - 5000 pairs Discounts are provided to regular customers, deferred payments are also possible

Children's products in the entire size range from size 12 (for the smallest) up to size 20 (teenage age) from natural cotton yarn. Extremely soft, elastic, Uniform, like both parents and children. Products are characterized by high hygienic properties, good fit on the leg and the absence of the effect of "sagging knees" 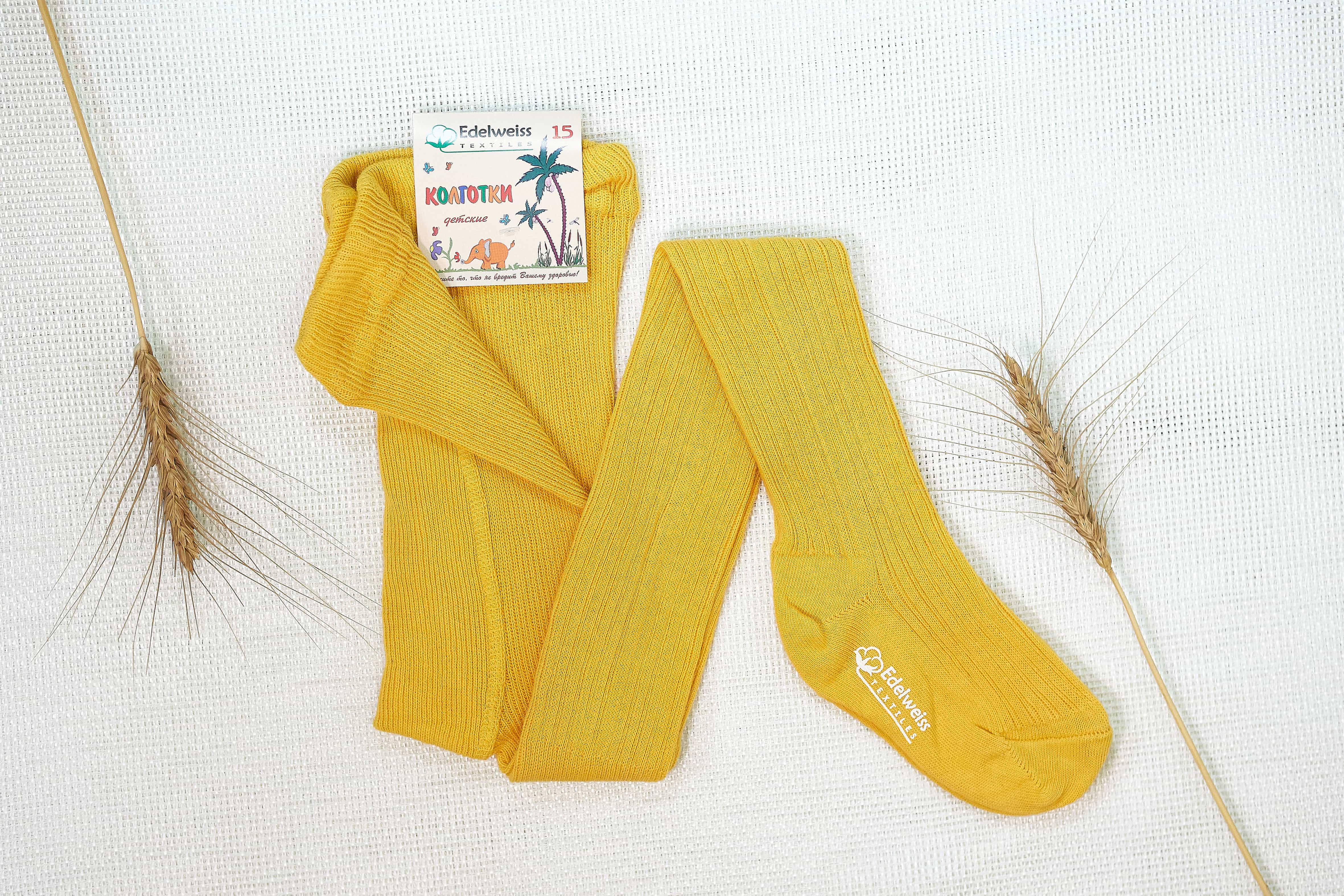 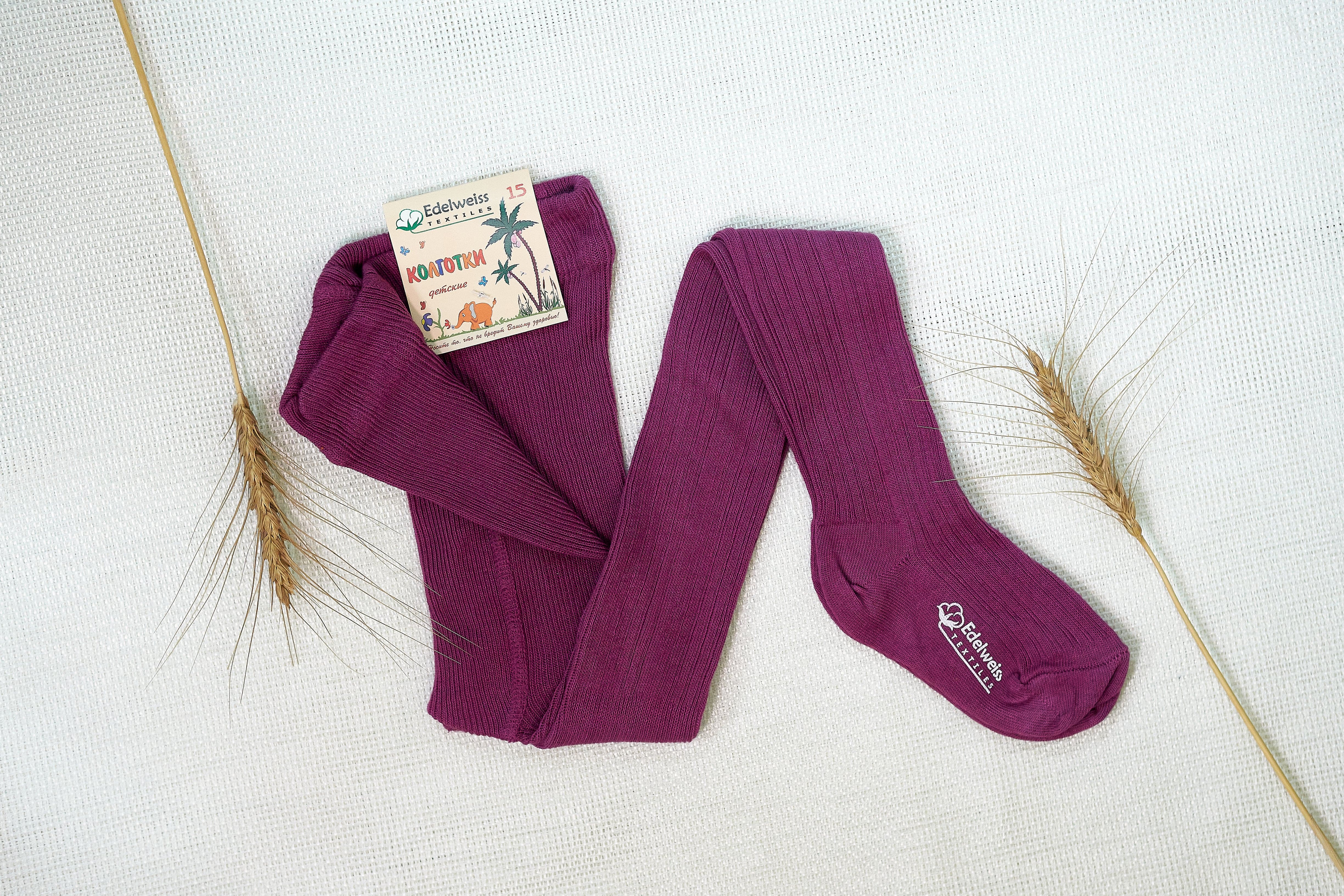 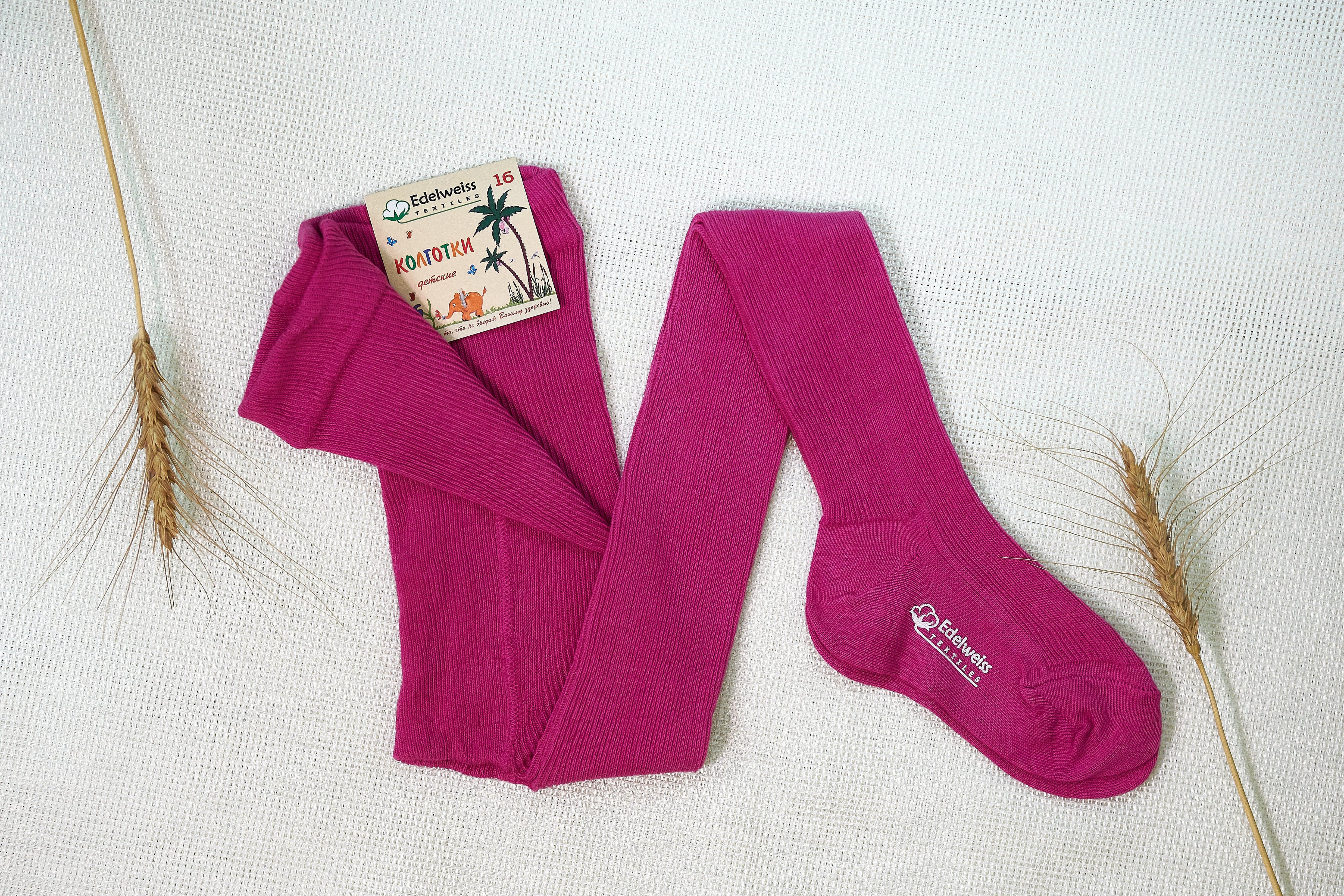 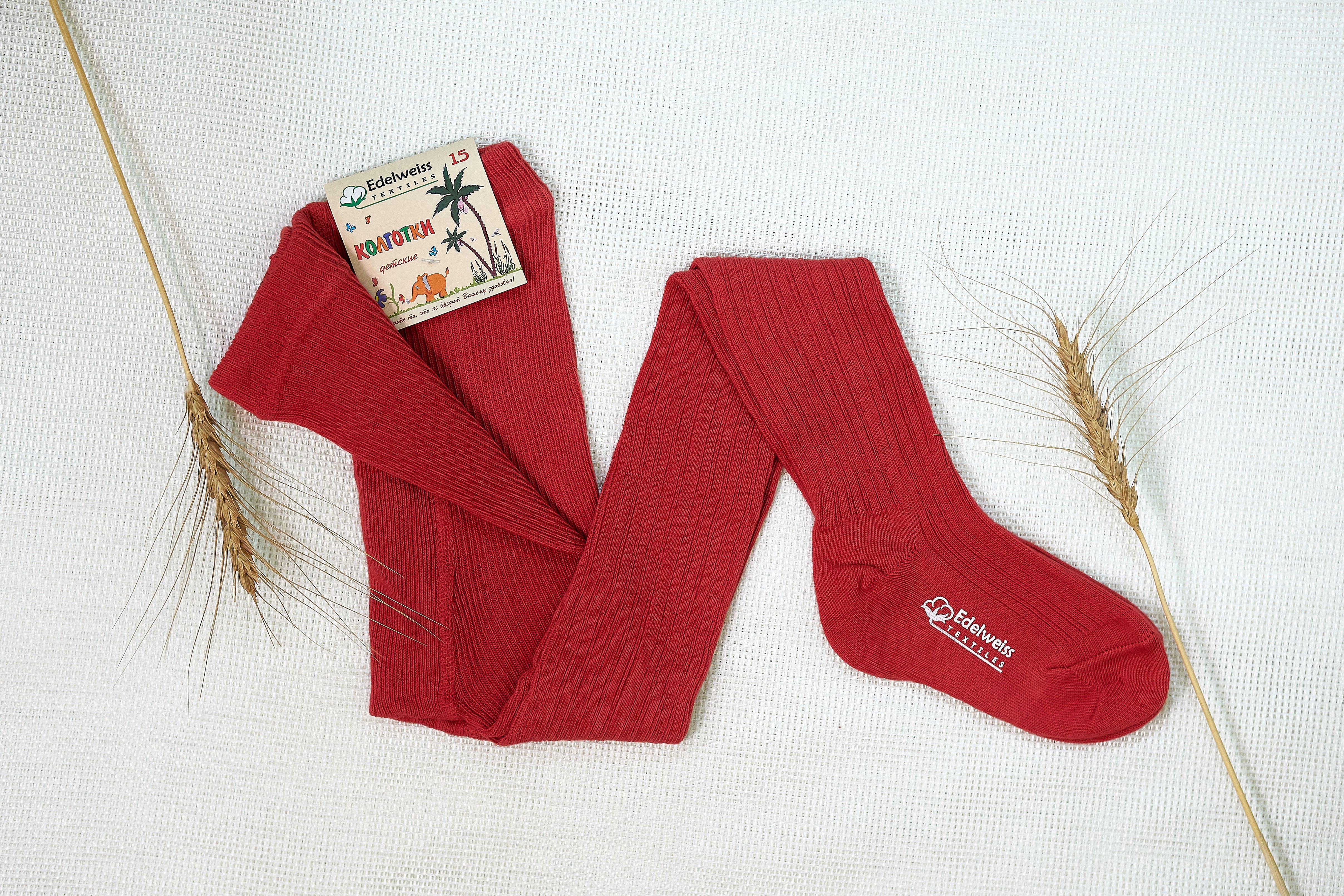 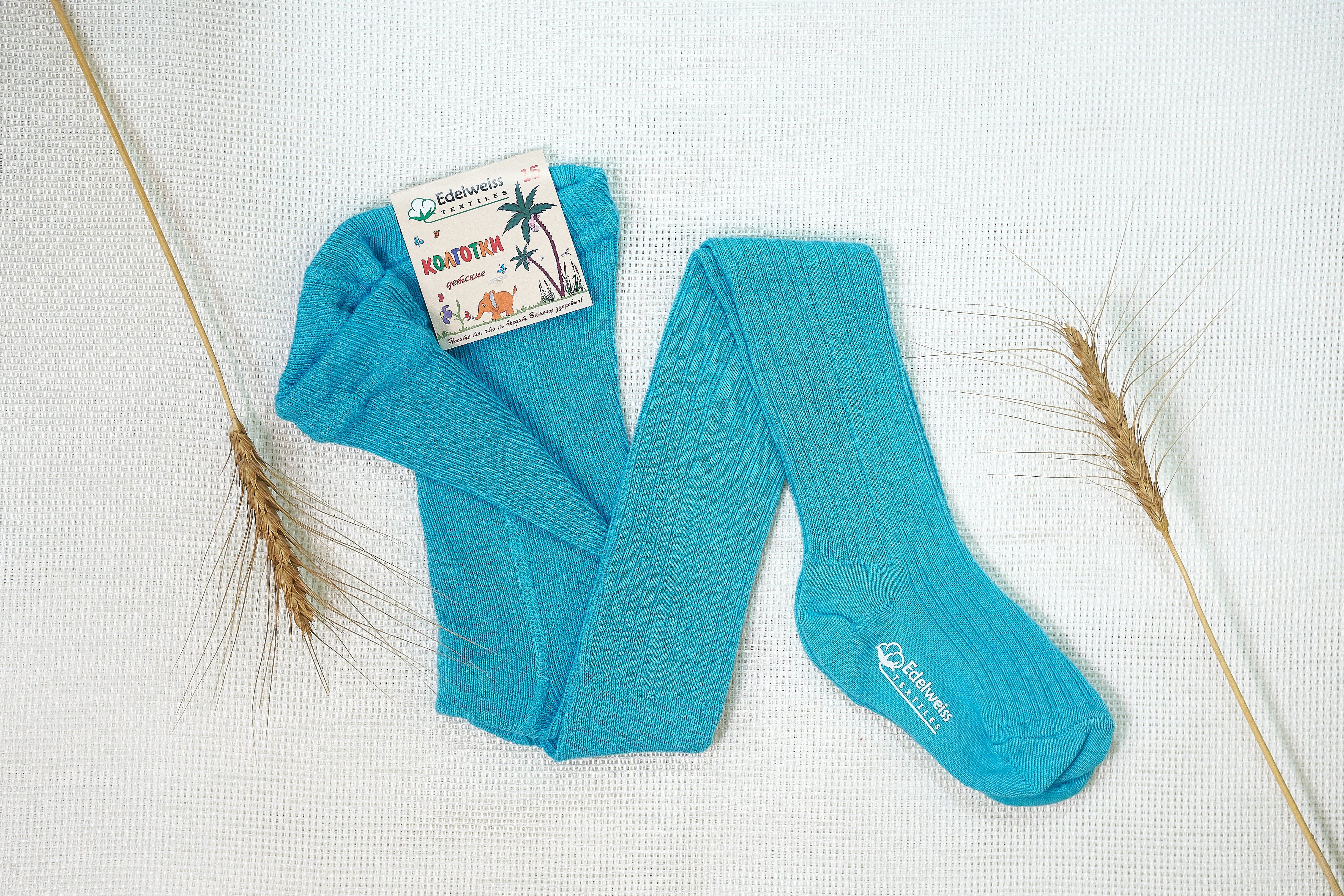 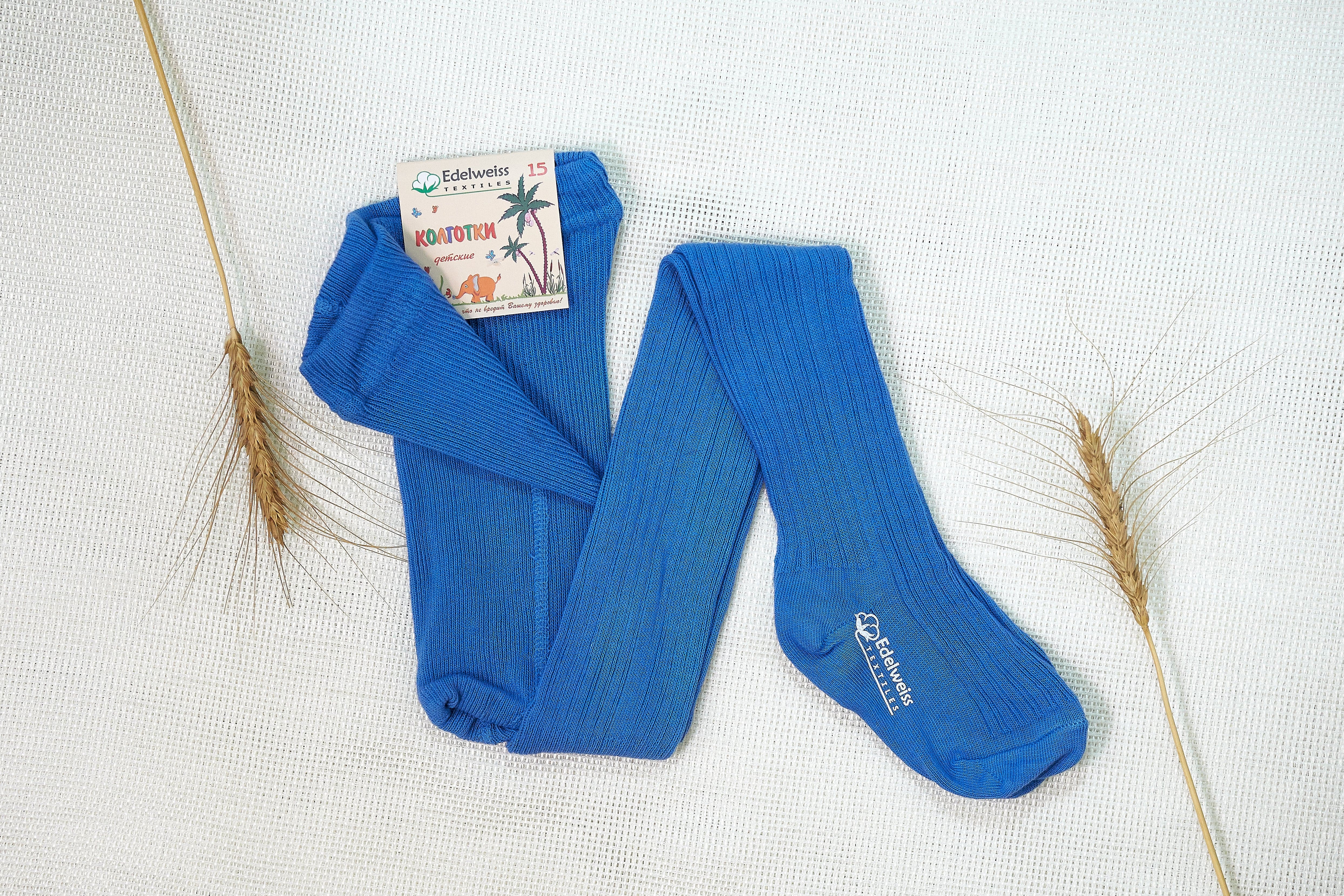 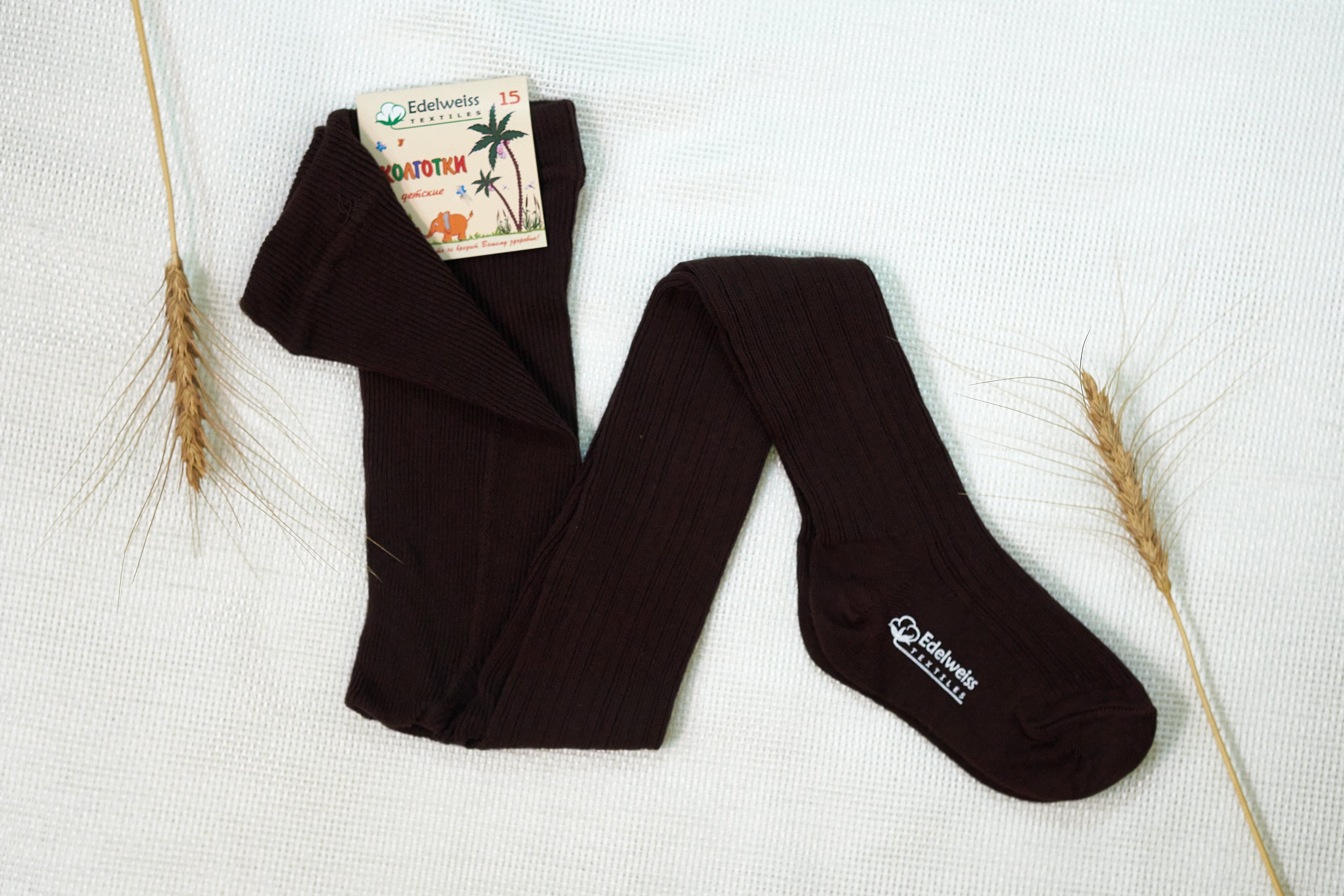 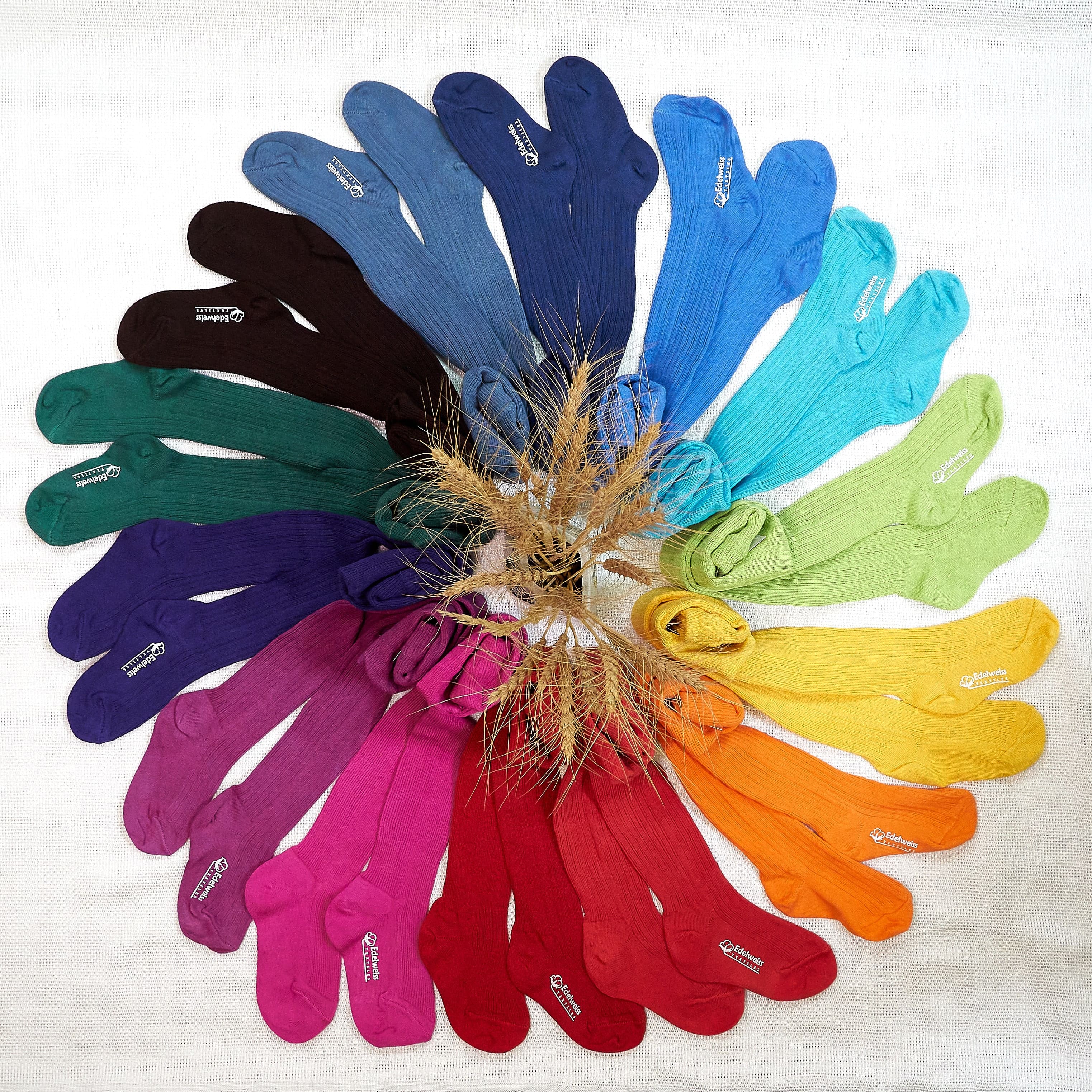 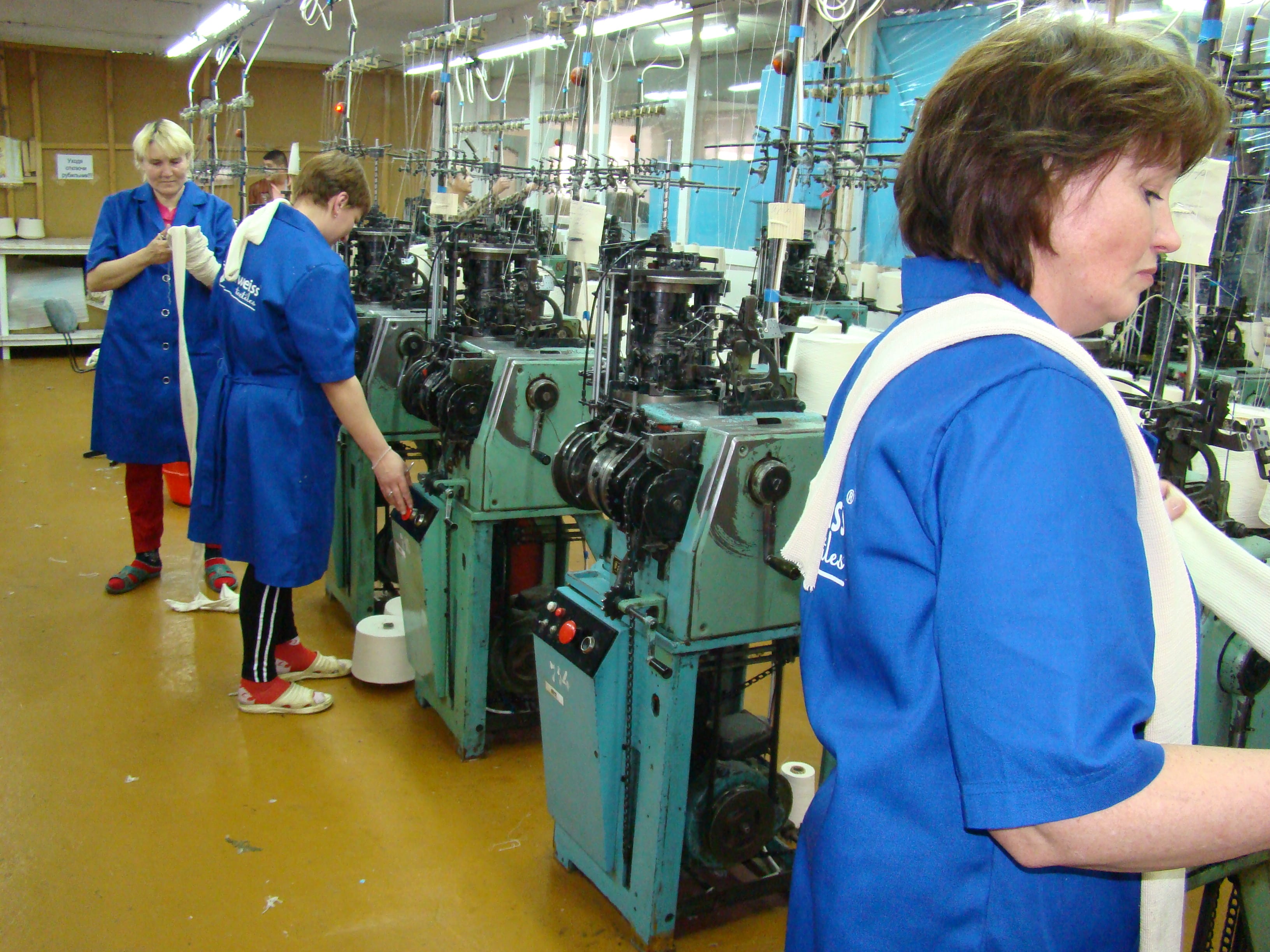 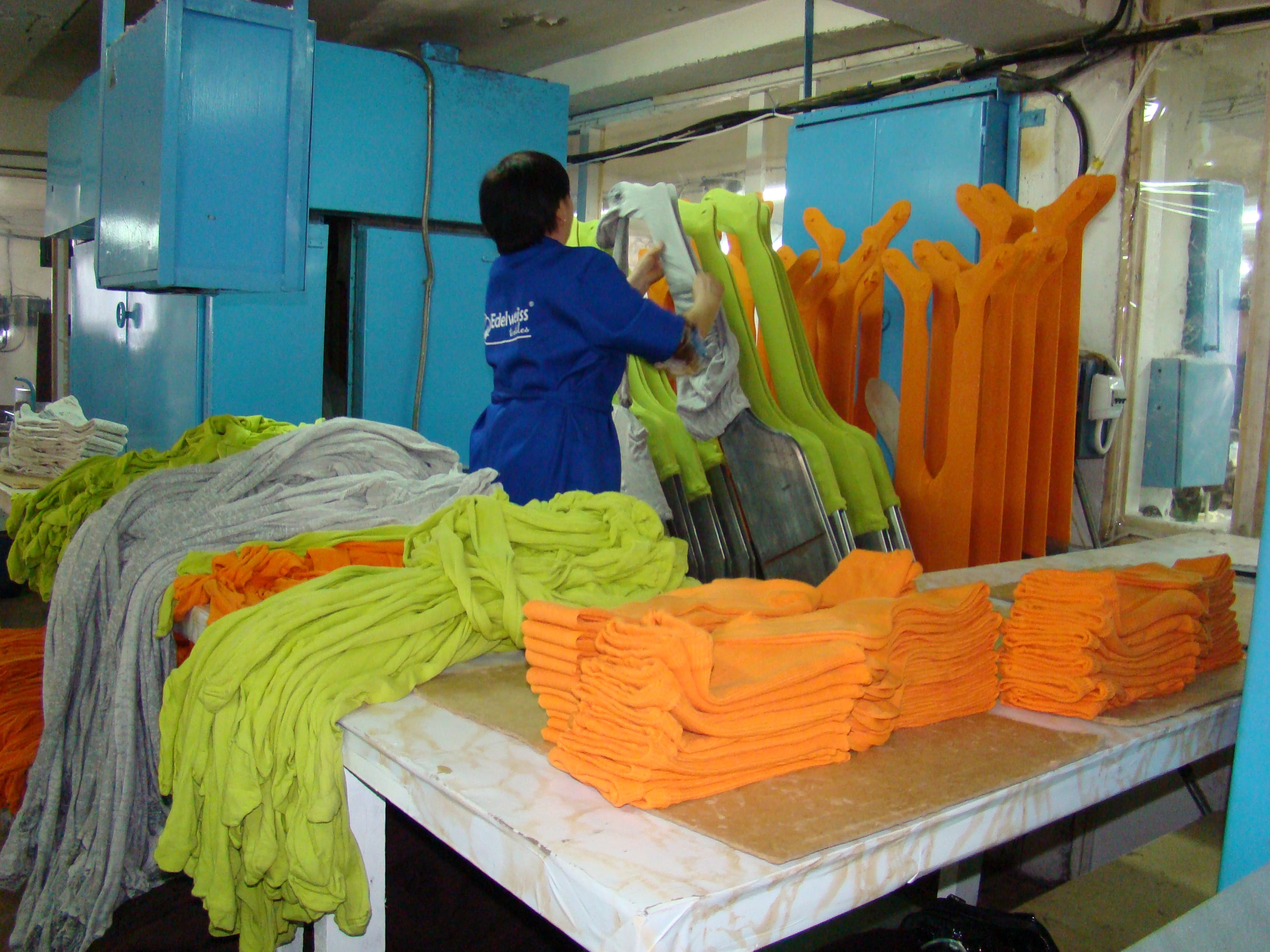 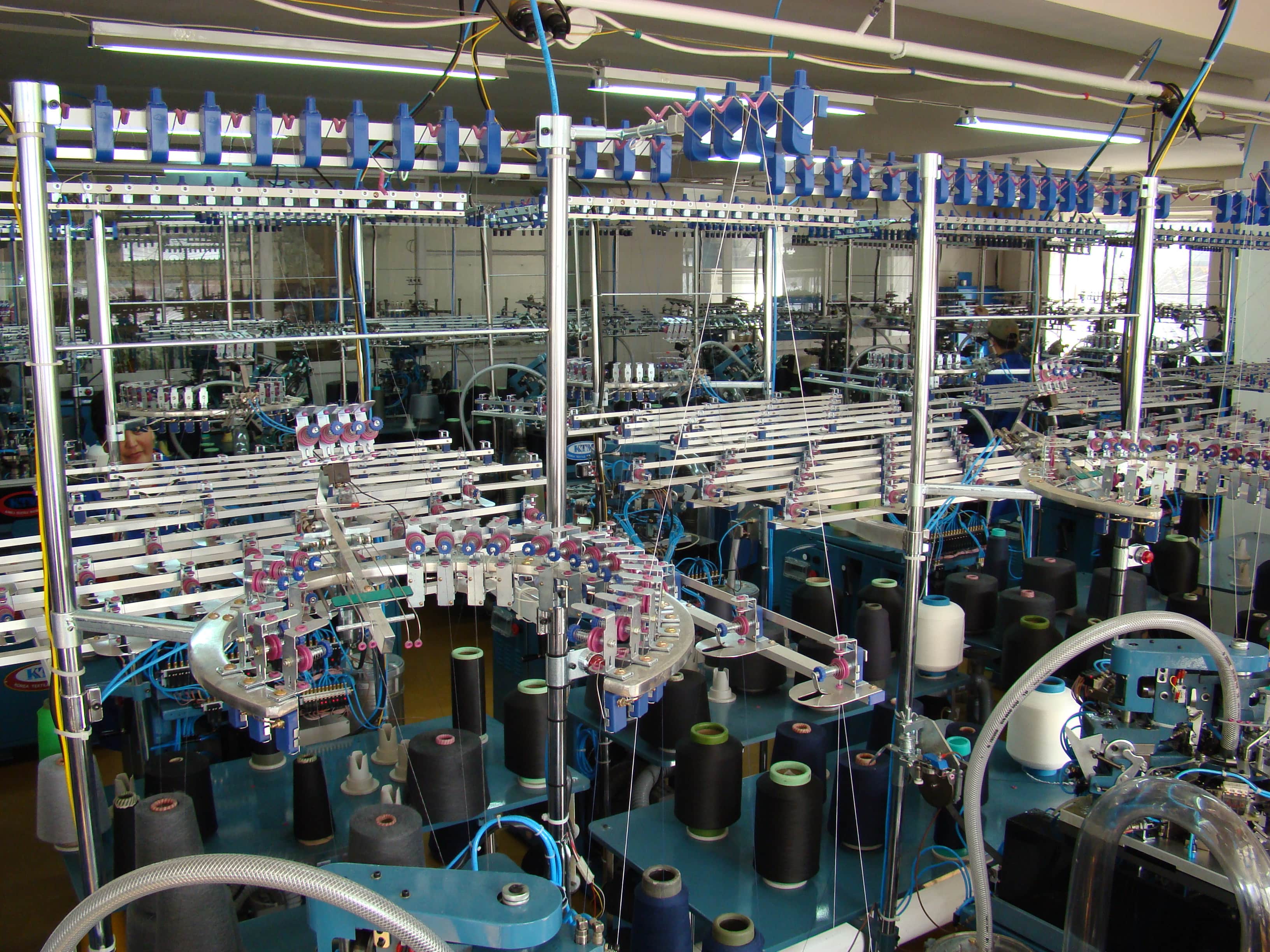 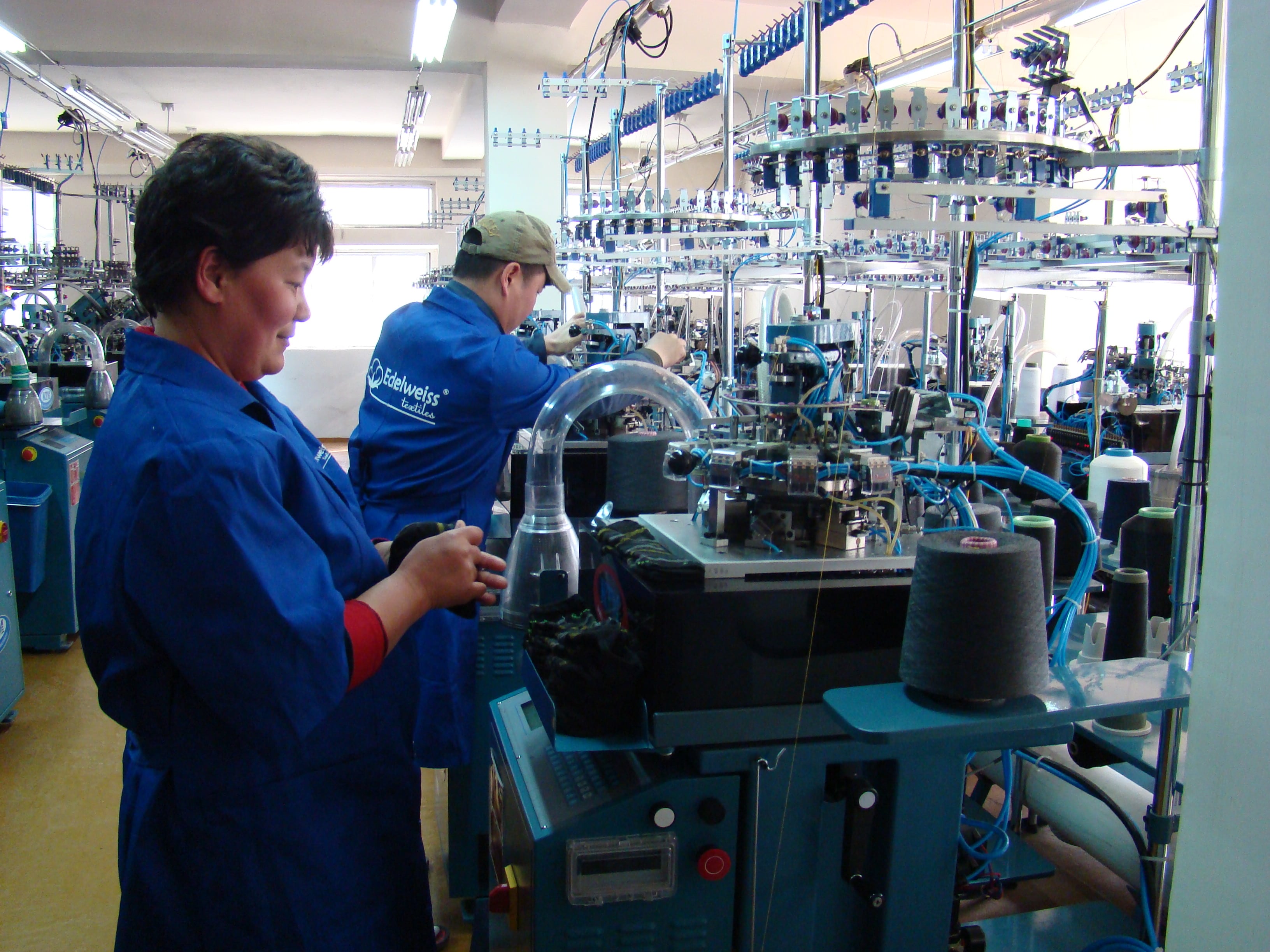